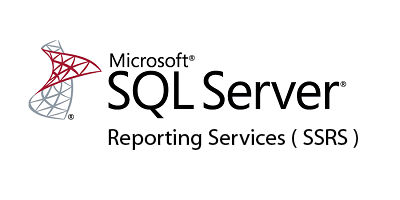 What is SSRS? Microsoft SQL Server Reporting Services shortly we are calling as SSRS, is a server-based reporting tool, by using SSRS we can able to create Charts, Maps, Spark line’s, tabular reports and Matrix reports from the Relational, XML, Excel, and Multidimensional sources

It is part of a suite of Microsoft SQL Server services, including SSAS and SSIS

Administered via a Web interface, it can be used to prepare and deliver a variety of interactive and printed reports

SSRS can generate reports in various formats, such as the web-oriented Hypertext Markup Language (HTML) and desktop application (Microsoft Excel and CSV) formats, thus allowing users to manipulate their data in whatever format is required.

Following are the Microsoft BI platform.

SQL Server Analysis Services (SSAS): A component for online analytical processing (OLAP) and data mining. OLAP performs data aggregation and allows users to traverse from aggregations to details looking through the dimensions (such as geography or time) of data. Data mining helps users to discover patterns in data.

Report Viewer: It provides a very clean and neatly organized user interface for end users. Developers can also embed a Report Viewer control into both ASP.NET and Windows Forms applications.

Report Builder: The tool that provides users with a front end for ad hoc reporting against a SQL Server or Analysis Services database

I have over 10+ years of industry experience as Creative visualization professional, and have been a part of Web development, Web design, graphic designing, branding and typography projects for many exceptional companies during these years.

How to create subdomain in Plesk https://youtu.be/vEKwwvQS96Y via @YouTube